while some people don’t think the healthcare situation needs to be fixed, there are more who think it is fraught with problems. Some of the mandates make it difficult for average Americans to afford other routine expenses. Others simply buy the cheapest coverage offered, with the least benefit, so they can avoid paying tax penalties. 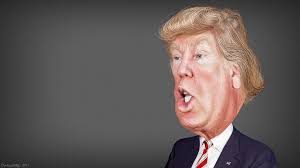 Many people are wondering will Trump fix health care? The current answer seems to suggest the task is not as easy as it seems. There are several reasons why our President may have a difficult time following through on his promise.

There is plenty of disagreement about exactly what to remove from the Affordable Care Act. A few key votes from conservative members of congress did not happen as expected. John McCain voted against the repeal, as did a few others. He did so, because the revised version did not address people with pre-existing conditions.

While President Trump was shocked by these actions, he devises a plan to create his plan to derail the current legislation. However, his executive order will likely result in drastic changes. One of the changes is to allow short term policies to be extended. Another change is the requirement of regulatory agencies, to allow insurers to offer group policies for professional trade associations and those who are essentially employed by small businesses.

At the same time, the directive to set new regulations, without the protections many insured individuals are now guaranteed. Most experts believe the directive will serve to drive costs up, for policies under the ACA. This means many people will either find cheaper policies with less coverage, or opt out of buying insurance altogether. Those who now have company health plan coverage could also see their rates increase drastically.

Rates for healthcare policies offered under Obamacare have already been rising, due to fears that the government subsidies could be dropped altogether. But, those who don’t qualify for subsidies are being affected as well, with premium increases that can be as high as $13,000 per year or more for a family with an income of $60,000. This is hardly affordable when the average family spends at third of its income on housing.

By pushing for short term plans, the requirements to cover pre-existing conditions and many preventive or add on health services are likely to be eliminated. This leaves many people who need ongoing care, without coverage they can afford. It may also increase the burden on Medicaid. When people are unable to receive the medical support they need, due to lack of affordability, they miss more time from work and earn less. They may then become eligible for state funded programs. Will Trump fix health care? The short answer is yes, if fixing means making it difficult for many Americans to afford health insurance.